Find A Plumber Near Me In Kingwood Before Its Necessary

Plumbing mishaps have a way of happening at the most inopportune times, making searching and finding a “plumber near me” a necessary skill. It is one better honed before disaster strikes in the form of your home or business having a busted pipe or a problematic toilet. These emergency situations are seldom convenient and can require a plumber’s timely expertise. Especially in cases like these, knowing a nearby and reputable plumber can help you solve the situation faster and with a little less panic can offer some valuable peace of mind.

The Importance of Finding a Plumber Near Me in Kingwood, Before You Actually Need One

In February of 2021, an unusually powerful cold front moved through Kingwood, Texas that taught residents a powerful lesson in the importance of finding a trustworthy and expert plumber before the time they are needed.

This historic cold snap brought days of well below freezing temperatures to an area that experiences temperatures in the eighties and nineties for much of the year. Not only did this anomaly mean that the residents were not prepared for such a dramatic swing in temperatures, but neither were the pipes of the structures they lived and worked in.

The onslaught of frigid air combined with power outages statewide spelled trouble for home and business owners in the region. Without heaters to keep structures warm, pipes became even more vulnerable to the extreme cold. This caused hundreds of pipes across the area to freeze and then burst, which in turn caused significant water damage.

As pipes began bursting, local plumbers were suddenly in extremely high demand. Even as they worked around the clock to help home and business owners repair damaged pipes, the calls kept coming in, and parts for repairs began to run low when demand exceeded supply.

Individuals who already had an existing partnership with a nearby plumber generally made it to the top of the list for repairs. Those who did not have a working relationship with a local plumber often found themselves waiting in the cue for help among many others in need.

The winter weather of February 2021 for residents of Kingwood was a hard but valuable lesson in the importance of finding an expert plumber before a crisis arises.

Sometimes emergency plumbing repairs are required in mass thanks to events like unprecedented winter weather, but other times they can arise sporadically in homes and businesses through more typical events such as:

Depending on the nature of the above issues, many can fall into the category of emergency situations which can require an experienced plumber’s attention as quickly as possible. If waiting until an urgent crisis strikes to search for a “plumber near me,” you are not only tasked with finding a reputable plumber in short order, but also ensuring it will be one that will assist with the problem outside of normal business hours if need be.

Considerations to Keep in Mind When Looking for a Local Plumber

When it comes to looking for a local plumber there are two main areas home and business owners should consider:

It is critical to ensure that a plumber near you is well trained and qualified in a variety of plumbing matters. At the very least, a reputable plumber should:

Although it may be tempting to go with any local provider when it comes to a plumbing problem in your home or business, by working ahead of time to identify a plumber that has good emergency services, it can save time and headaches. Some questions to ask a plumber regarding these services can be:

When it comes to finding a plumber near me, the goal is not to simply find any provider, but one that is equipped and licensed to provide regular run of the mill fixes as well as those that are more urgent in nature. By taking the time to find a reputable plumber before an emergency, clients can have more confidence that the plumber they choose will work for them and to their advantage in all situations. 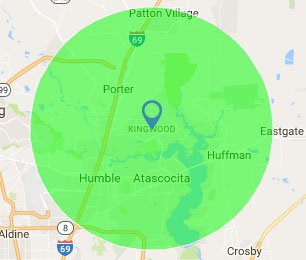